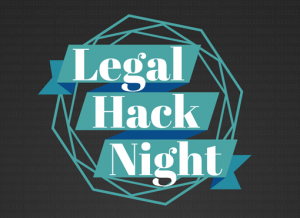 Two days ago, I cohosted a meetup on the topic of law, technology, and the state of the Internet — and it was wonderful. You usually don’t associate Fort Lauderdale with technology, but there is surely grounds to dismiss that myth now. With a growing coding and coworking space scene, you are bound to find creatives, good conversation, and inspiration if you keep your eyes open.

I was certainly inspired by my fellow Floridians that Wednesday evening. Together, we drove head-on into big ideas like the value of anonymity online and modern copyright protections.  What started as your standard tech meetup with nametags and pizza quickly became infused with philosophical ideals and societal critiques. “What does the Internet mean to you?,” I ask the crowded room. “A series of tubes,” as they say? Maybe you think about chatting with friends, or emailing, or that lovely wifi icon comes to mind. Maybe you think of Google, Facebook, Twitter, or YouTube? We concluded that it meant a lot of different things to a lot of different people. We reflected on the landmarks of development; ARPANET, the famously painful dial tone, laying thousands of miles of undersea cables, creating global communication instantly, mirrored with the realities of censorship and global surveillance really set the mood for an interesting, lively discussion. We also touched on issues related to accessing laws, which led to the important work Carl Malamud is doing liberating laws for public use, and to our own state’s law resource which so obviously could use a facelift. [See our slides from the night here.]

Thankfully, our featured guest Drew Hinkes, a local lawyer, made the complex easily understandable. Here he is below discussing our featured topic of the night, the True Origin of Digital Goods Act. A pair of bills (HB271/SB604) being proposed that would have major implications for Florida’s digital future. It would outlaw anonymous speech online by requiring websites that feature audio or visual content to publicly list personal contact information (including name, email address and phone number.) There are a variety of reasons why it is a bad proposal, most of which Drew mentions here, and here, and can be viewed on this slide (notes included). I also wrote in opposition to TODGA in this opinion piece at The New Tropic.

Special thanks to everyone who attended and participated in this important conversation. I’d also like to thank General Provision for supporting local creatives and providing an outlet for those in the community. Drew, thanks again for taking the time to speak with us and sharing your thoughts on TODGA.